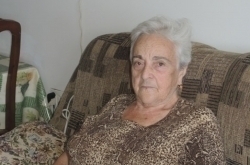 Behind the NYT Neediest Cases Article: Overcoming Trauma Through a Supporting Community

Last week The New York Times published a moving article about Y member and Wien House resident Yana Gilchenok. The piece, part of the newspaper’s Neediest Fund series, manages to capture Yana’s unique Russian-Jewish experience and some of the deep losses she’s had to endure. I feel privileged to be able to further share how, for nearly three decades, the Y has been there beside her, helping to keep her going despite these challenges.

I met Yana some 12 years ago in my role as a Jewish Board of Family and Children’s Services mental health consultant at the Y of Washington Heights & Inwood. Yana and her husband were residents of the Wien House, a building adjacent to and managed by the Y which provides housing for low income seniors and the mobility impaired. After escaping deep, state-sponsored antisemitism, and surviving prejudice and humiliation, they, like many Jewish refugees from the former Soviet Union, had resettled in Washington Heights. Many of these displaced refugees lived in cramped apartments with their children and extended families upon arrival – it’s no surprise that the Gilchenoks happily moved into the Wien House when it opened in 1990.

Yana readily accepted my invitation to join a support group for the Russian-speaking residents of the Wien House and she quickly became a valued member. A cardiologist and pulmonologist herself, she found herself surrounded by accomplished surgeons and ophthalmologists, renowned scientists, musicians, and artists. They discussed literature, poetry, classical music – anything that took them away from reliving the unspoken war trauma which was exacerbated by the trauma of immigration. In the former Soviet Union, they survived by establishing a strong professional and Jewish identity despite all odds, forming everlasting relationships through sharing treasured family history and enjoying the arts – all while burying their unresolved war and Holocaust trauma. Their stories resonated with my own experiences and deeply moved me. Serving several hundreds of low income Jewish households annually, with professional culturally sensitive staff, the Y was the only agency in the Northern Manhattan to offer extensive social services, such as entitlement counseling, case management, Jewish cultural activities, and emotional support.

Eventually, over strong Russian tea and assorted pastries, the residents found the safe environment they needed in order to process the horror of war, famine, devastation, fear, hope, love, and losses they were all too familiar with. Sharing, they found comfort in their newly discovered similarities. The group united them, offering support, reliance, and strength. Neighbors became close friends, organized group meetings merged into informal gatherings in individual apartments and coffee hours in the Wien House Community Room. The group held a special place in my heart, and I am still deeply connected with those who remember me and with those who do not recognize me anymore.

After emotionally supporting Yana through her grief, I now feel privileged to offer financial support as well. Through The New York Times Neediest Cases Fund we were able to purchase a much-needed new mattress for her. She’s one of several original tenants who still call the Wien House “home.” Yana continues to utilize all of the Y’s services with the comfort of her native Russian. She receives holiday kosher meal packages through the Temple Emanu-El Philanthropic Fund; the meals bring her joy and maintain her deep connection to the caring, local Jewish community.

I am grateful to be part of Yana’s life and I’m proud to continue the Y’s 101 year legacy of supporting refugees and immigrants.

Through our partnership with UJA-Federation of New York, the Y is able to utilize The New York Times Neediest Cases Fund to further support members of our community; learn more here. Read the NYT article on Yana: Alone in New York, She Needed a Mattress.

Behind the NYT Neediest Cases Article: Overcoming Trauma Through a Supporting Community