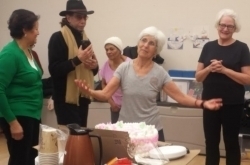 “Amazing!” exclaimed Gloria Clavijo, a member of the Center for Adults Living Well (CALW), the Y’s program for ages 60 and older. As staff rolled a giant pink birthday cake with a matching potted hyacinth into her yoga class, she leaped into the air — an impressive move for anyone. But Gloria, a silver-haired runner and yoga instructor, had just turned 80.

“Beautiful,” said Gloria, whose mastery of moves include headstands and other upside-down inversions. She clapped her hands as students gathered around to help her celebrate. This surprise party, following her Wednesday morning class for seniors, highlighted Gloria’s meaningful relationships, both within Washington Heights and the Y, where she has taught yoga as a volunteer for the last 18 years.

“I have seen my students improve,” Gloria said of her pupils, many of whom she has known for decades. “They get stronger and more flexible. That is the best part.”

Gloria, who is originally from Bogota, Colombia, moved to Fort Washington Avenue “many years ago” and had three daughters, one of whom is Marcela Clavijo, a well-known Iyengar instructor and Tibetan Buddhist nun.

“I started yoga 30 years ago,” Gloria explained. “After my husband passed away, I was lonely. I liked Iyengar because I liked the practice and the philosophy of aligning the body and mind.” Gloria, who practices every morning, said her favorite yoga pose is triangle because it opens the chest and promotes stability in the legs and hips, target areas for older clients. Among her pupils, she is known as a loving teacher who demands focus and attention to detail. Gloria herself is an example.

“Amazing!” exclaimed Gloria Clavijo, a member of the Center for Adults Living Well (CALW), the Y’s program for ages 60 and older. As staff rolled 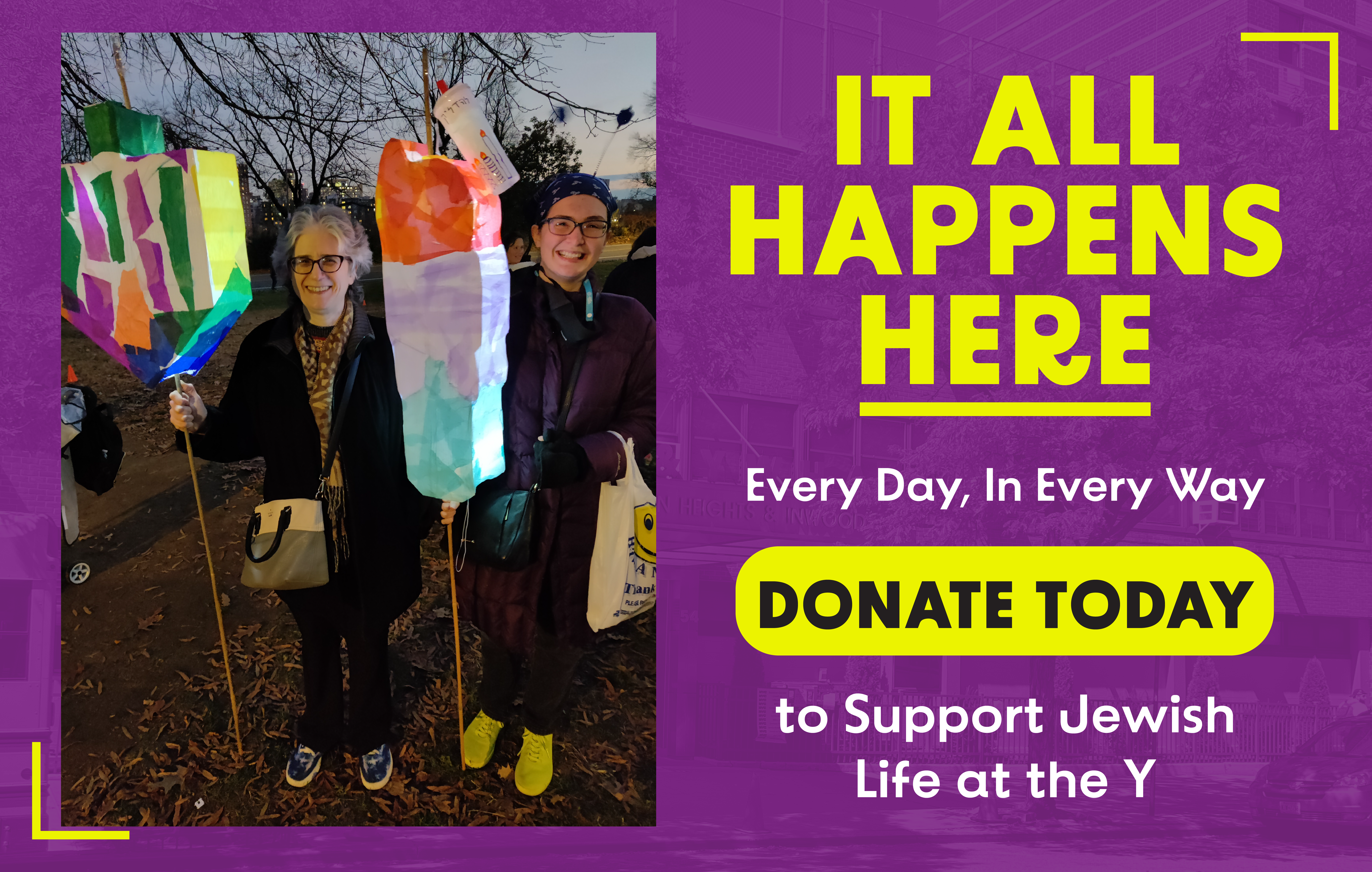