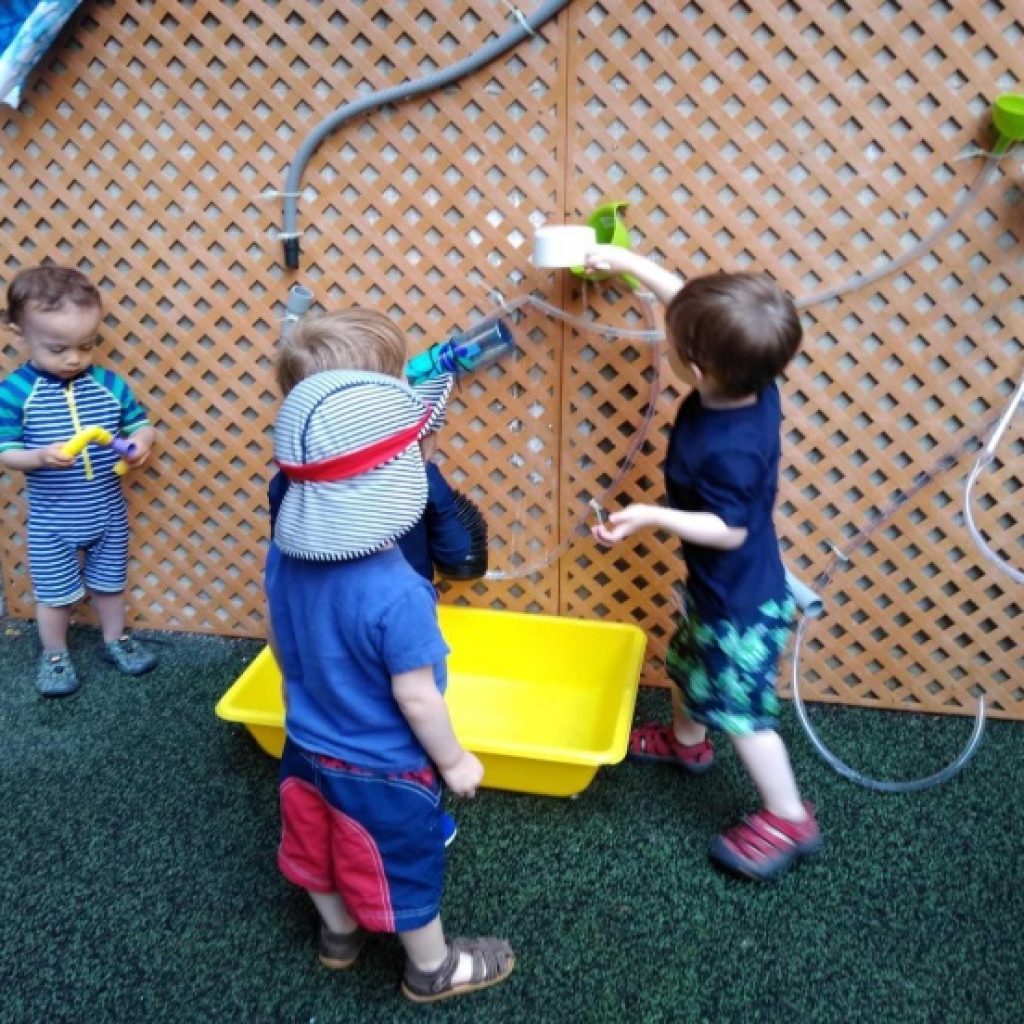 S.T.E.M Education at Footpaths Nursery Camp While Having Fun

S.T.E.M (Science, Technology, Engineering and Math) or S.T.E.A.M (S.T.E.M plus Art) has become a “hot” topic in the world of education but its applicability and relevance to the early childhood world is less well known. With a better understanding of how the brain develops, we now know that three year-olds are quite capable of understanding complex concepts and possess the critical thinking skills that are at the heart of the scientific process. At Footpaths Nursery Camp, STEM is not only recognized and acknowledged but embraced! Over the course of this summer, our campers have been investigating an array of interesting topics including the water and rock cycles, seed and plant growth and the world of insects.

In one camp room of five-year-olds, under the guidance of their teacher, a “Water Wall” was created in the outside play area. The children have been fascinated by this new structure and have actively participated in its construction using tubing, funnels and basins. Not only has the water wall provided countless moments of joy and excitement, but it has also led to fascinating conversations regarding gravity and the role of piping in the natural environment. While engaging with water, Footpaths campers were natural observers and commented on the many rainbows they saw. This led them to become “rainbow hunters and catchers”, using prisms to create their own water-based refracted light.

Children discovering the “water wall” that was just built (above); Another camper “makes a rainbow” (below).

The study of rocks has become the focus of another Footpaths group of four-year-olds. After reading the classic story, “Stone Soup”, campers made artistic representations of their own stone soups, dictating their personal recipes to the teachers. Campers have been fascinated by the fact that rocks are also created from a natural cycle and will soon be making their own “volcanos” as a way to understand this process. Of course, a rock study would not be complete without an outdoor walk. Footpaths campers have been exploring the unique typography of their very own neighborhood, Washington Heights, by going on a rock scavenger hunt in Fort Tryon Park and by exploring the array of man-made structures constructed from this element.

A camper at Fort Tryon Park on a Rock Scavenger Hunt.

A different type of life cycle has been investigated by our two and three-year-olds Footpaths campers: insects! Campers have been mesmerized watching caterpillars transform into butterflies and larvae into ladybugs. A discussion of insects would not be complete without an investigation of their natural habitat: gardens. Campers have planted seeds in the soil of a sensory table and even explored whether or not dirt is needed for seeds to grow. Like true scientists, the campers were asked to predict what might happen when lima beans were placed in a non-soil based living environment, a plastic bag with a moistened piece of paper towel. What an amazing discovery when the seeds did actually grow!

Campers making observations of the Chrysali (cocoon) of butterflies (above) and a live Bess Beetle (below).

STEM is often seen as a mystified activity, relegated for older, more scholarly pursuits. At Footpaths camp, however, we are living evidence that all children are natural explorers and investigators who can question, predict, analyze, and make observations, all while engaged in fun, play-based summer activities. 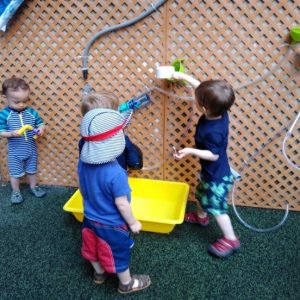 S.T.E.M Education at Footpaths Nursery Camp While Having Fun S.T.E.M (Science, Technology, Engineering and Math) or S.T.E.A.M (S.T.E.M plus Art) has become a “hot” topic