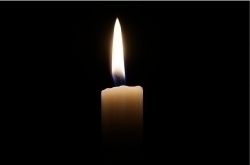 The Endurance of the Festival of Lights

Hanukkah is considered one of the top three most observed Jewish holidays in the United States. Yet, for a seemingly significant holiday in the American multicultural landscape, Hanukkah is barely made mention in the ancient rabbinic sources. The Talmud, one of Judaism’s central texts on Jewish law with rabbinic commentary, has little to say about the holiday. In its limited conversation, it starts off with a question, “Mai Hanukkah?” which translated to “What is Hanukkah?” What a strange opening, as if to say “we don’t really know what Hanukkah is about, but we’re about to figure it out.” If I was writing my own guide to Hanukkah, I would start with a different question, “When is Hanukkah?” More specifically, “How were the dates of Hanukkah chosen?”

Hanukkah celebrates a specific event in history. During the 3rd century BCE in the ancient Near East, the Assyrian/Greek empire wielded a lot of power and influence in Israel. The Maccabees, a group of Jewish dissidents, led a successful rebellion against this giant colonizing civilization. The Hanukkah story honors the Israelite victory of regaining national autonomy, and YET, the time of year we celebrate Hanukkah doesn’t actually correspond with the actual event.

Hanukkah, like other ancient light festivals of its time, was given a date specifically not associated with its famous origin story, but rather with its proximity to the winter solstice – that is, to the darkest period of the year. For all of its history, Hanukkah as a holiday would only endure, according to rabbinic logic, if we felt the need for it on a visceral level.

So when is Hanukkah? When it is really cold and really dark. But its timing is even more specific. Hanukkah comes relatively early in the winter cycle, long enough to be over the initial shock of the temperature drop and light reduction, but recent enough for us not to have gotten used to it. Hanukkah is specifically timed to uplift us just at the moment when the cold darkness could get contagious. Enter: the Festival of Lights.

What a brilliant move for a holiday! Teach an important historical lesson while psychologically bringing us warmth and hope through the idea and literal experience of light. The Festival of Lights is expressed physically through the act of lighting candles each night. But maybe more significantly the light of the holiday is deeply symbolic. Bringing light to darkness can seem like a tired cliché, or it can be, in the words of author George Lakoff, “a metaphor we live by.” Light metaphors capture our hearts’ aspirations within ourselves, but also our spirits’ desire for connection outside ourselves. The “idea” of light can tap into imagination for people of all ages and circumstance. It tends to be associated with qualities like infinity and freedom. And just like darkness, light has a contagious quality.

Deep inside my heart I got this everlasting light.
It’s shining like the sun!
It radiates on everyone!
And the more that I give, the more I got to give!
It’s the way that I live, it’s what I’m living for….
These are the lyrics to a song sung in summer camps, including our own Camp Twelve Trails, and festive gatherings all over the world. At the heart of this song is a simple metaphor: Deep inside my heart, there is light. Really strong light. And the implication is that it’s not just in my heart, but everyone’s heart. This song and the light metaphor embedded in Hanukkah have a message to teach us: We are complex beings of darkness and light, but even when the darkness is most profound, we have a duty to seek and spread light to the best of our ability. It is what we are living for, truly.

While the logic of Hanukkah is grounded in a specific historical experience, the when of Hanukkah really matters and takes the potential of this holiday to a whole different level.

Families of all backgrounds are warmly invited to join us at our Festival of Lights on Sunday, December 17, 2017.

The Endurance of the Festival of Lights

Hanukkah is considered one of the top three most observed Jewish holidays in the United States. Yet, for a seemingly significant holiday in the American