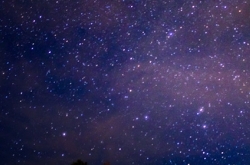 The Heart of Rosh Hashanah

What is at the core of Rosh Hashanah? Yes, it is one of the most widespread Jewish holidays celebrated in the United States. Most people know the food associated with it and some of the symbols, but far fewer know what the holiday is really about. Before we get to the heart of it, let’s start with an easier question: When is Rosh Hashanah?

Calendar history can be confusing because the Jewish community lives within at least two different calendar systems. Whereas the secular new year begins on January 1, Rosh Hashanah is celebrating a very different and much older calendar system. This Rosh Hashanah, which begins the evening of September 20 and concludes at nightfall on September 22, the Jewish community all over the world will be celebrating a move from the year 5777 to 5778.

What are these strange numbers? They are associated with an ancient story about creation. According to this system, 5,778 years ago the world and the universe were created. On THIS day. Rosh Hashanah is not celebrating just a new year. It is celebrating the final moment in the 6th day of creation, the birth of all life that has ever and will ever exist. The literal meaning of Rosh Hashanah is “head of the year,” but in this context it might as well be called, “anniversary of existence.”

Okay, so Rosh Hashanah celebrates existence – great! – but now we get to the heart of it: how do we pay homage to such a monumental anniversary? How do we relate to existence – how does Jewish tradition direct us to find our place and purpose within the world? Human beings have probably been racking their heads over these questions since we had the ability to express ourselves in words. Rosh Hashanah does not shy away from this challenging and somewhat unknowable yearning.

On one hand we are powerless to the massive forces of the universe to which our puny minds can barely imagine. On the other hand, it is our job to partner up and participate in the process of ongoing creation. We have a role and we must prepare both for that role, AND for Rosh Hashanah, which reminds us of our infinite smallness. We cannot possibly be prepared for what is to come, yet we should prepare anyway.

How does Jewish tradition tell us to prepare for Rosh Hashanah? Prayer is a big part of it, but there are two other key ways. Tzedakah and tshuva. Righteous giving of time and resources – that’s tzedakah. Make sure that your life is not only about you, but is connected to serving others outside your immediate circles. That is a clear directive.

Less clear is tshuva. Tshuva is a wonderful word that does not translate easily. People often say it’s repent or return, but I would call it a cosmic refocus. The entire month before Rosh Hashanah, according to Jewish tradition, a central directive is given: we must make tshuva – to dedicate the entire month to this “cosmic refocusing” in order to realign our lives with the will of the universe. We do that by asking forgiveness and beginning to make amends for all the people we have wronged over the past year. This is the principle work of tshuva.

What we often miss, however, is making the connection between, on the one hand, individual acts of tshuva that happen on a personal level and, on the other, our part in the greater mystery of existence and the role humanity plays in that unfolding story. But it is more than simply “think globally, act locally.” Rosh Hashanah is about recognizing the miracle of our existence and continuing to uncover our place within it.

We should strive for both micro and macro vision. We need to scrutinize our lives so that our better selves can make their way into our vision. But at the same time we should remember to expand our view way beyond our own lives, we are part of the collective.

So on this Rosh Hashanah, beyond trying to make sense of the typical “what the heck is going on with my life,” I hope we can each be blessed with the humility and wisdom to link our own journeys to the one story that connects us all.

The Heart of Rosh Hashanah

What is at the core of Rosh Hashanah? Yes, it is one of the most widespread Jewish holidays celebrated in the United States. Most people