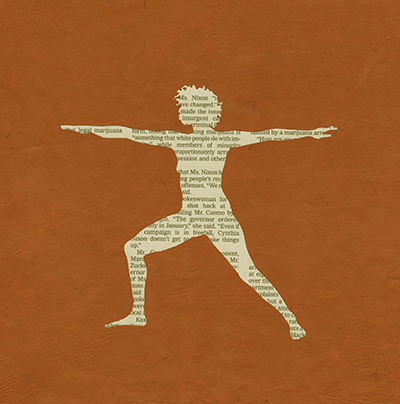 Who We Are: Values Walking Tour — March

The Y’s Norman E. Alexander Center for Jewish Life is proud to present the Who We Are: Values Walking Tour, showcasing local artists representing a different humanitarian value each month.

It is our goal, amidst a COVID-19 reality, to promote local artists and offer the Northern Manhattan community access to art. While normally we would like for this art to be shown on the walls of the Y, with the current COVID-related limitations, it is our goal to bring our local artists to the streets of our community.

Jessica Maffia is a visual artist born and raised in New York City. Her work has been exhibited throughout the US and is currently in the Flat Files of Pierogi Gallery in downtown Manhattan. Maffia created the artwork for musician Childish Gambino’s two singles “Summertime Magic” and “Feels Like Summer.” Her solo exhibition at Denise Bibro Fine Art in Chelsea featured her large, photorealistic pencil drawings of urban cracks and residue producing unexpectedly beautiful surfaces. Maffia is the recipient of 13 artist residency fellowships and two grants from the Hells Kitchen Foundation. Her work is featured on the covers of Fabio Gironi’s philosophy book, “Naturalizing Badiou: Mathematical Ontology and Structural Realism” and poet Firas Sulaiman’s latest book, “As if My Name is a Mistaken Sign.” The artist’s installation, Lanterns for Peace, was exhibited in various sites throughout the US in response to the 2016 presidential elections. Maffia worked live on her series of self-portraits at Spring Break Art Show in March 2018. She is currently working on a series of portraits of her non-human neighbors as well as her latest series, Walking Broadway: Signs of Nature on the Wickquasgeck Trail. She is looking forward to her artist residency at United Plant Savers in the Summer of 2021.

There are endless ways of thinking about Women’s History month, or rather Women’s HERstory month. The month is inherently about Freedom; freedom to vote, financial freedom, freedom to speak up, freedom of your own body, freedom to advocate and express oneself. When Nina Simone was asked what freedom meant to her, she replied “no fear.” This answer is strikingly resonant in its tangible and grounded essences, especially when thinking about intersectionality of womxn and added factors as race, class, gender, and disability. Jessica Maffia, an artist living and working in Washington Heights, uses her own body as a map on which she inscribes her inner landscape. In Maffia’s collages, she creates silhouettes of her body to render postures, such as Warrior II and Goddess Pose, adding a palpable emphasis on wxmanhood to them. The history of art is burdened by the representation of women made by men, for men. There is no better way to regenerate womxn history and work towards freedom than to visualize, tell, and write stories of womxn by womxn, for womxn.

The concept of freedom is a foundational truth of the American ethos. In the Declaration of Independence, our country’s founders famously asserted the right to life, liberty, and pursuit of happiness. In our schools we regularly tell the story of those who emigrated to the US in hopes of securing freedom for themselves and their families. Even more recently, our nation has struggled as it has begun to face the troubling reality that freedom is not always equally applied.

As a concept, freedom is difficult. Does freedom suggest a freedom from or a freedom to? Though related the two applications are conceptually unique. Freedom from, suggests that one is no longer reliant upon or obligated towards another. Freedom to, indicates an autonomy in decision making.  When we speak of freedom, to which freedom do we refer? Which freedom is the freedom of our most sacred belief?

A second complexity of freedom is based on the question of how does one obtain freedom. One approach suggests agency rests in the hands of the powerful — meaning that freedom can be granted but not achieved. A second approach asserts the opposite, freedom is not just physical but mental as well. As such, regardless of one’s physical state, freedom can only be reached when one who considers themselves as free. This second approach is reminiscent of the work of the 20th century psychiatrist Viktor Frankl.  Frankl, a Holocaust survivor, wrote in his 1946 autobiographical work Man’s Search for Meaning, “Everything can be taken from a man but one thing: the last of the human freedoms — to choose one’s attitude in any given set of circumstances, to choose one’s own way.” Having now lived a full year in which our physical freedom has been limited by COVID-19 Frankl’s words offer much needed comfort.  How will you celebrate your freedoms this month? 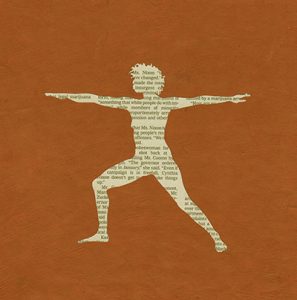 Who We Are: Values Walking Tour — March

The Y’s Norman E. Alexander Center for Jewish Life is proud to present the Who We Are: Values Walking Tour, showcasing local artists representing a